I can finally see my kitchen counters now that the living room is in finished!  I tell you, you never know how much of a work horse your kitchen is until you renovate!

Recently a recipe for  easy Pecan Sticky Buns landed in my in-box via The Barefoot Contessa blog.  They looked really easy, not to mentioned really yummy.  I decided to give the recipe a try. 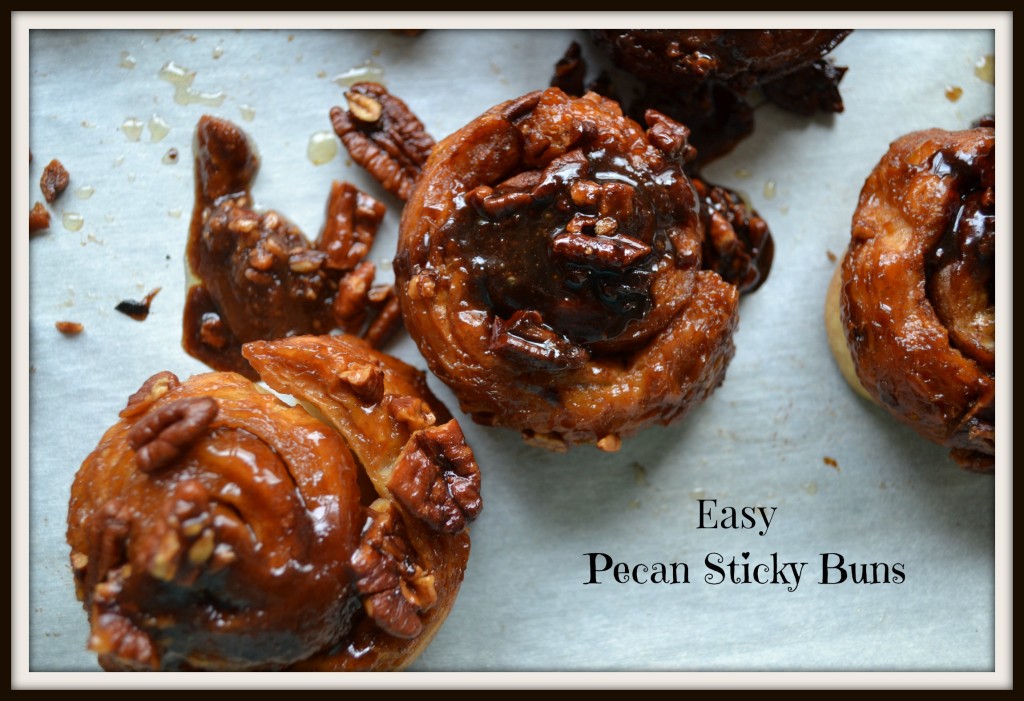 All in all they were pretty darn good.  A few tips though.  Do not over-bake.  I had to run out before they had completed baking and left Tim in charge.  In his defense I had told him just to remove them from the oven when the time went off, and then wait only 5 minutes before turning them out and using a spoon to help ease the topping out.

If I had been able to stay home until they were complete I would have started watching them at least 5 minutes before the timer went off, and would have removed them from the oven before the minimum baking time recommended in the recipe.  Also, he took my instruction to ease the topping out with a spoon by removing it with a spoon and piling it on another plate!!  I had to laugh really.  Thankfully they were still somewhat warm when I got home and I was able to pile the cooled topping over the buns and put them in the still warm oven to melt over.  It just took a minute! 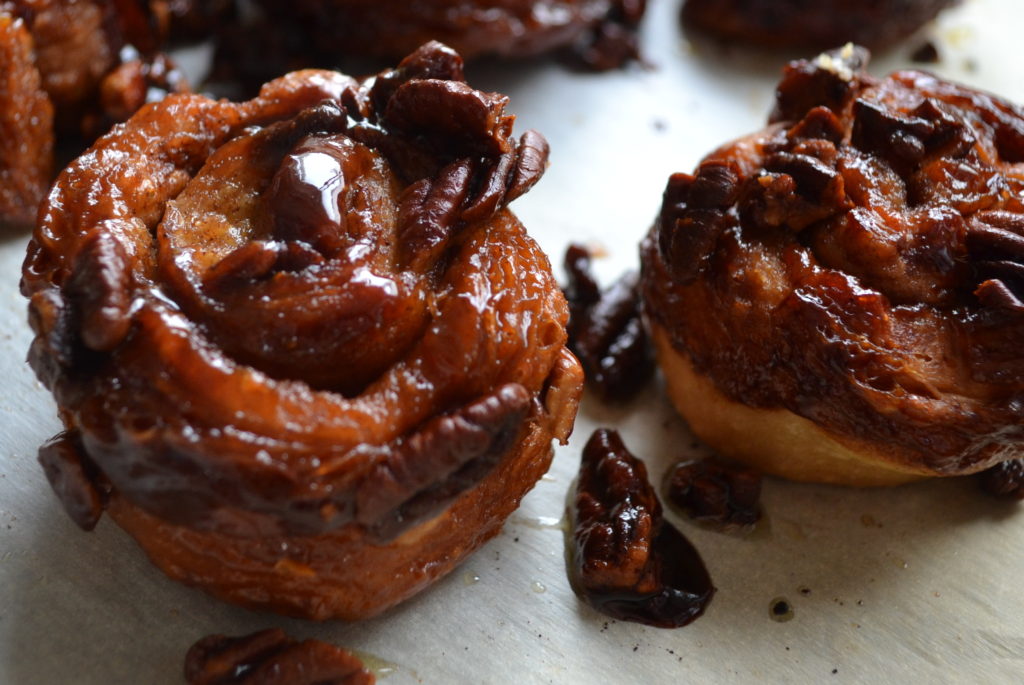 Since the topping consists of butter, brown sugar and pecans, the extra 5 minutes they spent in the oven before taking them out actually set the topping too much and it was quick to harden like a brittle and take on a bit of burnt sugar flavor.  Not so much that we didn’t enjoy them, but enough to know to take them out earlier next time!  Of course all ovens are different so I recommend watching carefully during the second half of the baking time.

You can see that a couple of them are a bit darker than the rest, but none the less they were really good!  Any left overs were just re-heated in the microwave for 20 seconds! 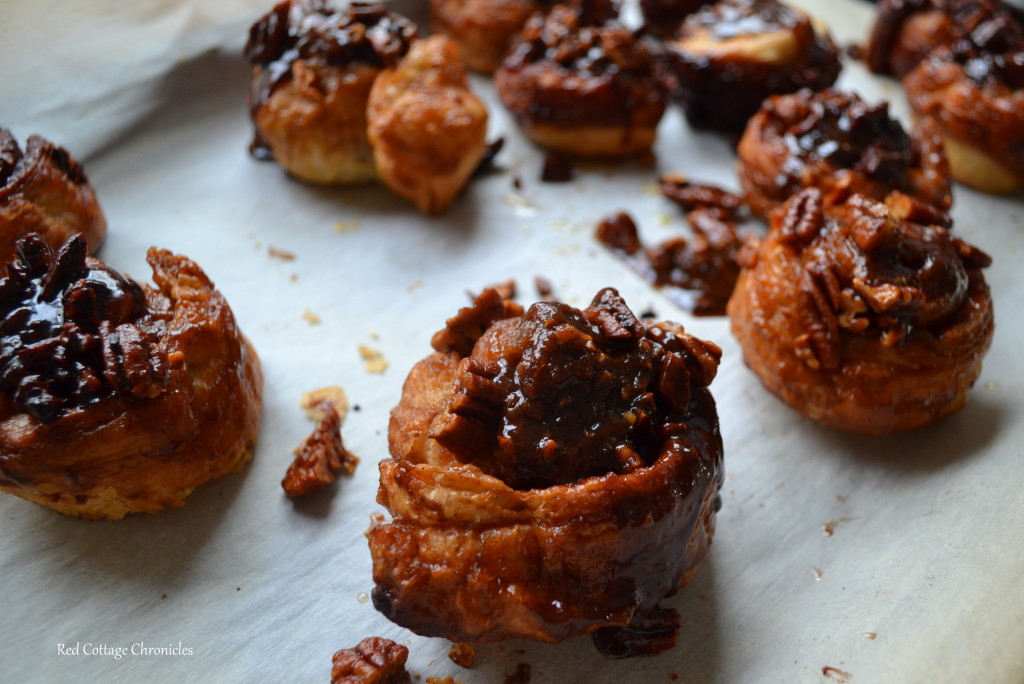 They are super easy to put together since they are made with just a few simple ingredients.

Add 1 tbsp. of butter mixture to each of 12 muffin tins.

Roll out the puff pastry working with one sheet at a time.

Brush the sheet generously with butter stopping 1 inch from the edges.

Sprinkle with another 1/3 cup lightly packed brown sugar and then sprinkle 1 1/2 tablespoon ground cinnamon over the brown sugar.  (You can also add 1 cup of raisins atop this mixture, but I omitted this and would have added dried currents instead if I had any on hand!)

Using the longest edge of the pastry, roll up jelly roll style and seal the edges with a bit of water.

Cut into 6 even slices.

Repeat with the second sheet of pasty.

Place each slice of pastry atop the butter/pecan topping in the muffin tins, spiral side up!

Cool for no longer than 5 minutes and then turn out onto parchment baking sheet, easing the filling out over the pastry with a spoon or small spatula.

Enjoyed best warm right from the oven, or reheated later!  Or  make only a half a recipe for 6 sticky buns instead of 12!

You can find the original recipe here. So happy to be back in the baking groove again!  Since my next project is outdoors, my kitchen will be free from clutter and ready to go at a moments notice!  Who knows what I will whip up next! 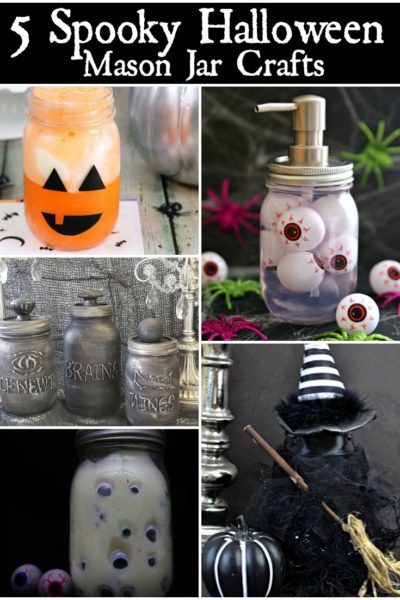 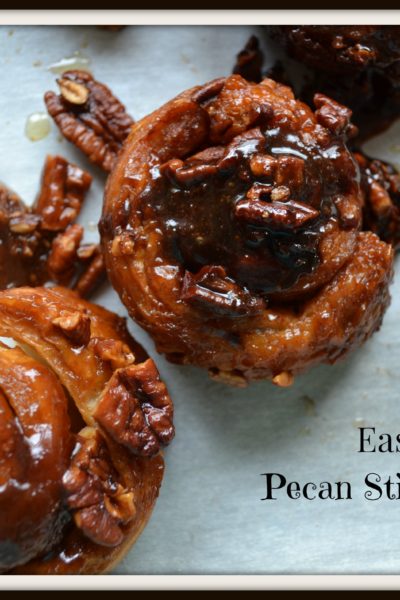 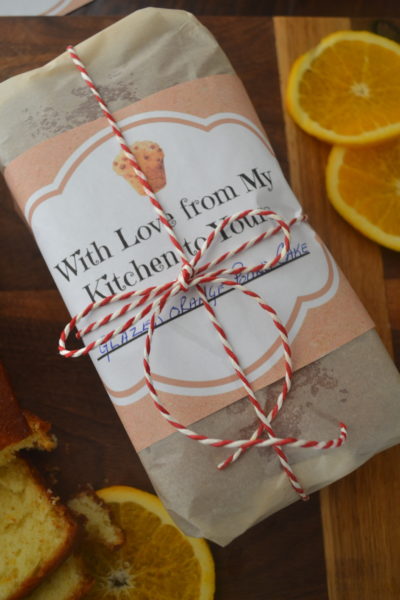 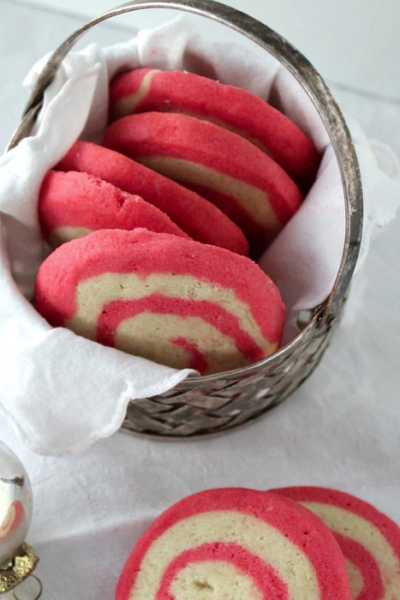 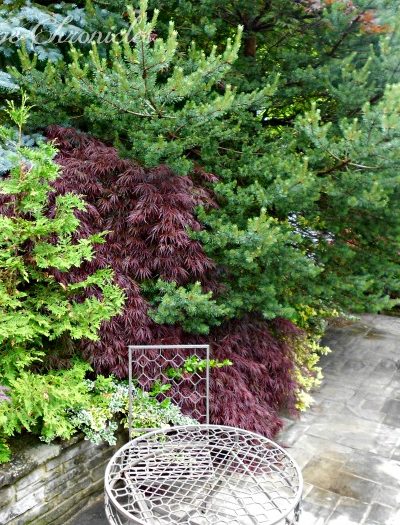