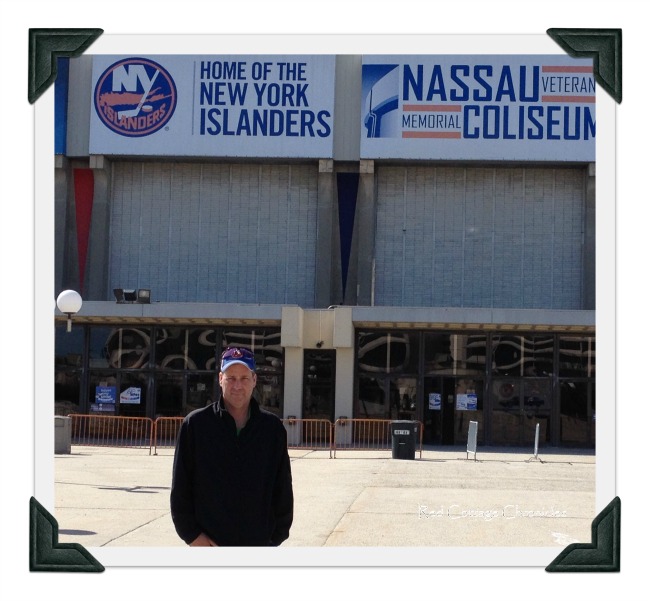 Last Thursday we set out on another road trip to attend a New York Islander game at the Veterans Nassau Coliseum in Long Island, NY.  Tim has been an Islander fan since childhood and he always thought he would get to a game eventually, but it became more of an urgent goal as the team is set to move to another facility in Brooklyn and he really wanted to see them in the Coliseum where he watched them play on tv for so many years. 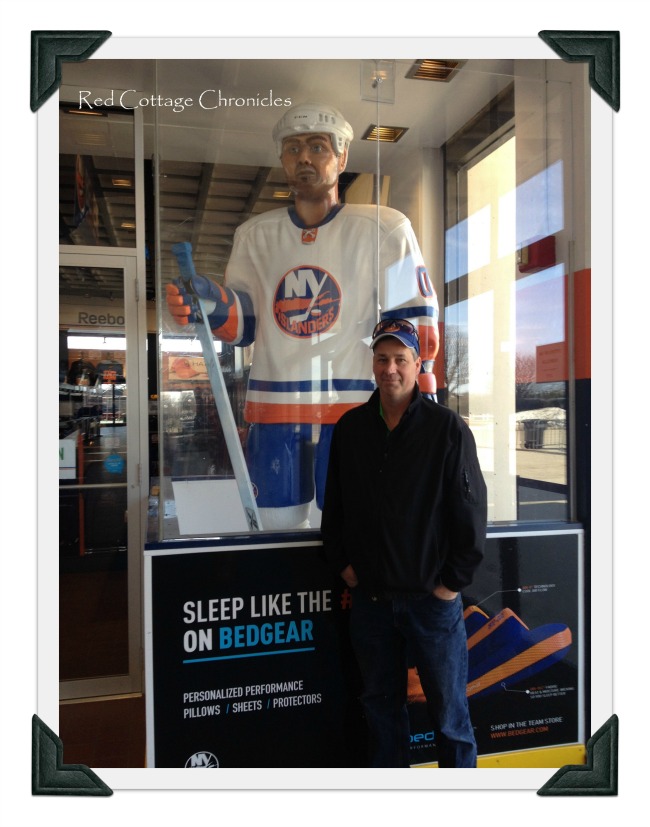 Well, low and behold our daughter Marlie, through her job here in tourism, happened to become friends with a fellow who is on the executive staff for the Islanders.  He and his fiancé have travelled to our area for the last couple of years and after learning that her dad was a huge fan of the Islanders he told her if we ever wanted to come to a game to let him know and he would set us up!

Last year for Tim’s 50th birthday the girls and I gifted Tim with a trip to Long Island to attend any game he wanted this season.  Time was slipping away and he finally choose a game this past Saturday against the Montreal Canadians (I think Marlie had a hand in that given Montreal is her favorite team!).  Sure enough tickets were arranged and left at the will-call window for us!

We stopped over night in Victor, NY to do a little shopping and then made the 6 hour drive into Long Island on Friday, which by the way is not an easy task for an anxious traveller.  When we arrived in Uniondale Marlie’s friend had emailed to tell her if we had no plans for Friday evening he would be happy to get us tickets for the game that evening against Ottawa, just pop over to the box office and they would be waiting.

I think Tim was out of the chair faster than she finished her sentence. 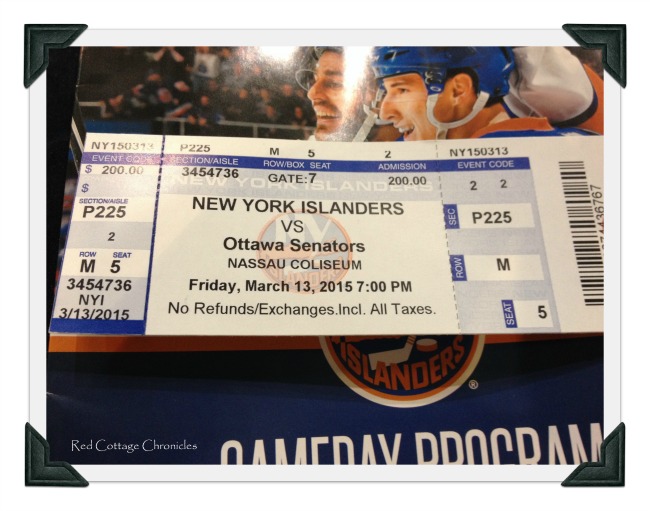 We were in for a real treat!  The tickets were for seats in a separate box, were super comfortable, and we had our own server for food and beverages!  Do you know how long those concession lines can get! 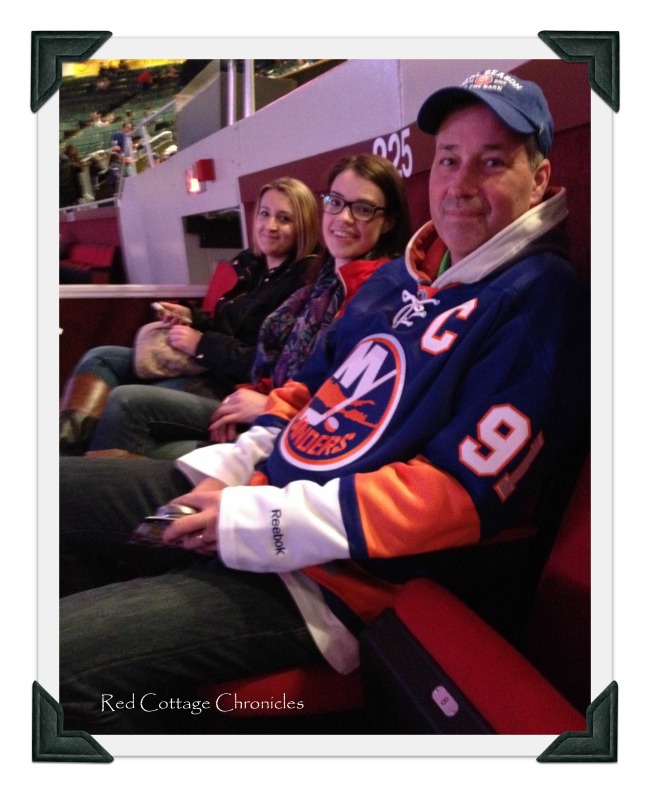 The tickets for Saturday nights game were equally great seats.  We got to enter through the executive staff entrance. We again had a fantastic view of the game and the players coming on and off the ice. 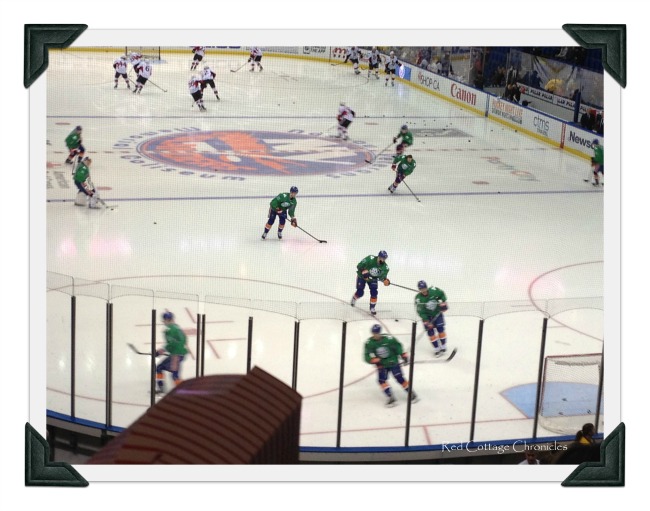 It was a really good weekend and Tim was in his element, even if the Islanders lost both games!

I think if he didn’t do anything else on his bucket list he would be completely okay with that.

Speaking of bucket lists……do you have one?  I have a small one, but don’t talk about it often because when I do I always get drilled as to why it doesn’t include travel to far away places.  I have actually been told I am silly for not including travel to other countries on my list.

I wasn’t aware that a bucket list had to meet certain criteria!  The things on my list might seem trivial and silly to some but it is 100% me!

Things like having a garden worthy of a garden tour.  Spending every sunny Sunday having a picnic in the park.  Living authentically and stop trying to conform to what others think I should be.  Eventually obtaining my Certificate of Baking from our local College.  Attending Haven, a blog conference in Atlanta.  Taking a workshop at Le Cordon Bleu in Ottawa.  Maybe even becoming a Sommelier!

I would love to know what is on your bucket list!  Does it include grand trips to far off countries or simple goals that will make you happy.  Or maybe a mix of both. Please do share! 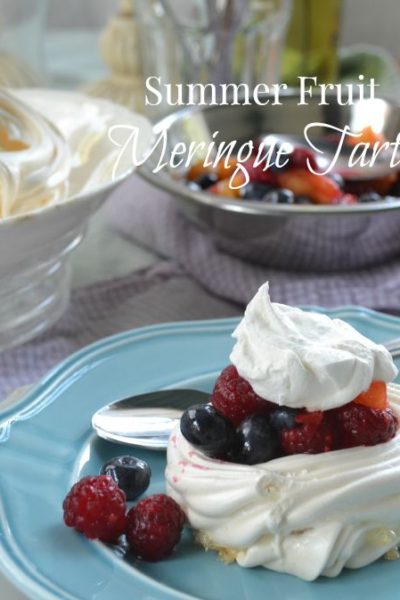 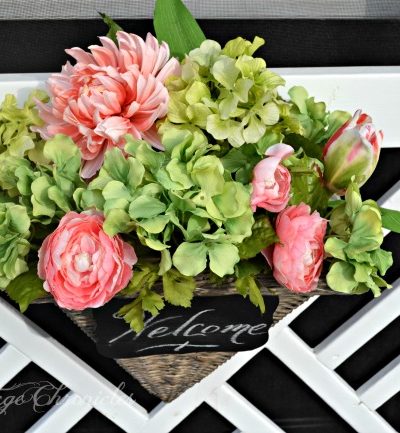 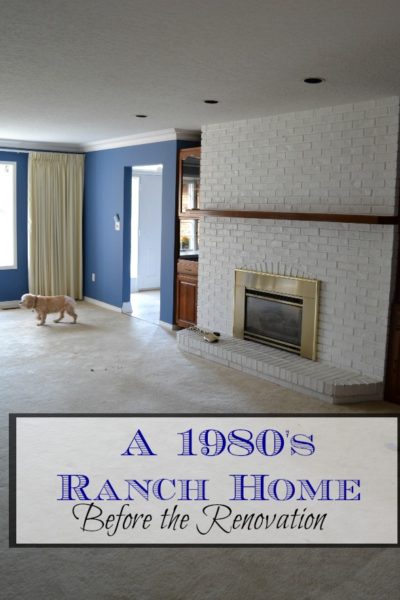 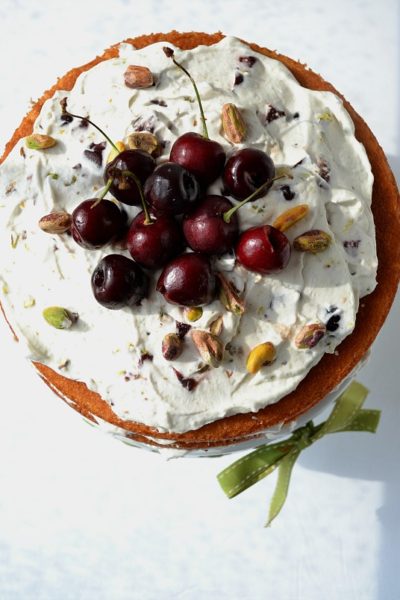